I was never too big on the orientations during the "Week of Welcome" held at my University. I remember my first year was filled with half-hearted cheers and chants within our arbitrary groups. We toured around the campus all day as the coordinators tried to get us excited for the upcoming term.


Then the following week all the "cheer" and "enthusiasm" is gone and everyone goes their separate ways to their own classes, never to interact with each other again. You don't feel any sense of unity or pride being a student at this University. I was pretty meh about the upcoming term.

I really didn't expect anything different for the Business orientation but I opted to go anyways. You're supposed to network as much as possible so I thought it be a good headstart for myself. Get to know a few people maybe, figure out if anything could be useful for me in the upcoming year.

The orientation certainly started out differently than I was accustomed to. I really didn't expect the Dean of Business to come in, call everyone in the room "One giant dysfunctional family", and then proceed to wear a green t-shirt over his suit.

Then he got all of us to wear our complimentary green Business t-shirts. Now we had a way to identify other Business students throughout the day. We were special, we had earned the right to wear this green t-shirt. No one else on Campus did. 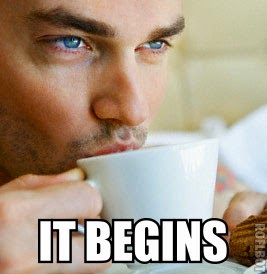 The Dean wasn't the only person of interest during the opening speeches. A few people talked about the co-op program that I  recently got accepted into. I knew the general basis of what was going, I mean I got in.

The next couple of weeks for me will have a lot of seminars and workshops to help me prepare and optimize my chances of getting hired by a potential company. But I don't think I could have prepared for the stats they threw at me such as: Next we were broken up into arbitrary groups, introductions, what's your major, blah blah, standard orientation stuff. What differs though is that immediately afterwards we started competing against other groups.

Like trying to market innocent objects as highly inappropriate adult toys for a panel of judges.

I think my group should have won, but apparently we got disqualified because we used additional props. I guess binding up one of our presenters with our belts was a bad idea.

But in this way I got to interact with other people, actually want to know their names. After the orientation I joined a random group of other business students (which I identified by their green shirts) and we went for drinks.

Just like that, I was a part of their group and laughing like I'd known them my entire life. 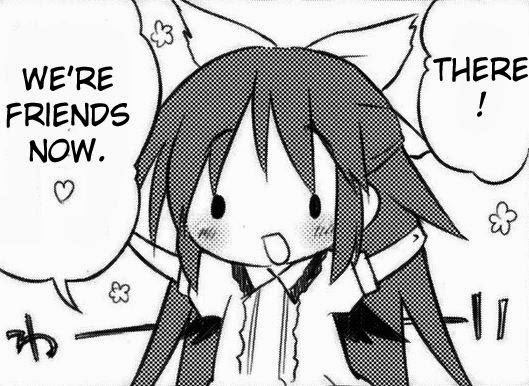 If there's anything bad about this I have to re-enabled Facebook. It's the only way I can maintain this growing network of new associates and potential meet-ups, events, drinking nights, etc. etc.. in the future.

It also means no more stupid cat pictures as my profile picture. Or rather, I have to tone it down, significantly.

But it's a small price to pay. A week later I'm still greeting and spending small amounts of time with the people I met during orientation. I'm looking into joining a few clubs as well to help bolster my resume, my volunteer experience is abysmal.

Things are looking good so far, I hope it keeps up.
Posted by DWei at 23:09