Anyone who has followed my blog for the last few months know I've been trying to figure out whether to go back to classes in the Fall or search for work. While I had applied for the Business After-Degree program, my friends warned me that it would take until mid-August until I would get accepted or rejected. It could be wise to job hunt in the scenario where I wouldn't be going back to school.

But while I was in Vancouver, I woke up to an email on my phone, an acceptance email. Huh, while I had no idea why they had sent this to me so early I wasn't complaining. 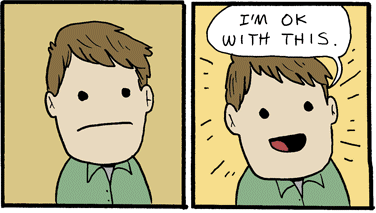 And then I rewarded myself by sleeping in way into the afternoon.

What's nice about the After-Degree is that all my courses are laid out. Take this, take this, shove this here, no thinking needed on my part. But I'm only able to take 4 courses. A majority of the courses I need to take have this one prerequisite, that's only offered in the fall.So that's just great.

So in standard Damian fashion I arranged my schedule haphazardly and came out fine otherwise on the other end. No classes before 11, and I never stay any later than 4PM.  It'll do. I mean, I'm used to having 4 day weekends from my previous terms but it's time to stop being so spoiled.

A big reason why I wanted to get into Business was because of the Co-op program. I wasn't able to get a Psychology internship due to a certain administrator and I'm still very bitter about it. I contacted the Business people and learned that I would only have one chance to apply because I was an After-Degree student due to my credit limits, my old nemesis.

Not a problem, let's get this done, I mean when is this thing due?

Oh crap the deadline is next week.

My resume hadn't been updated in months, I wasn't confident in the structure of my cover letter, and who could I find in time to look these over to make sure things were ok? I scrambled, deleting and rewriting entire chunks. I managed to get a friend to look things over the day before I had to submit but I wasn't confident in most of it.

Fast forward two weeks, and I get another email.

Man, everything is rolling my favour this summer.

Bella, I owe you another drink, you're a life saver.

Oh and while I'm at it, I'd like to leave a few words for that Psych admin that screwed me over many years ago.

I GOT ACCEPTED INTO AN INTERNSHIP PROGRAM ELSEWHERE WITHOUT YOU OR YOUR HELP.

JASON WAS OVER BY 15 CREDITS AND YOU STILL LET HIM IN. I WAS ONLY OVER BY 3. I HOPE YOU CHOKE TO DEATH ON YOUR OWN TONGUE.

Well, I haven't quite gotten an internship yet, but a series of orientations, seminars, and workshops being held in the next two weeks should help me prepare. The soonest I can get a placement is January. And one thing that they stress is that you may not get a placement within the city, I could end up going anywhere in the province.

Hence, it may be time for Damian to (temporarily) move out. Wouldn't that be nice? I mean, my sister Bree has moved out for the next 4 years. Surely as the older brother I should make an effort to leave the nest as well, even if it would only be for a year.

I have a clean slate, my old grades don't matter, it's a new year, full of opportunities, new people, and for the first time for as long as I can remember I'm looking forward to the future.