I have a part-time fast food job. It's nothing special, the pay isn't amazing but my boss has a fairly flexible work schedule and I get a discount for food. Plus, it's not like I'm getting hired anywhere else anytime soon and I like most of the people that I work with.

The keyword is "most". 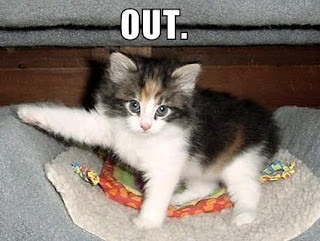 Is what I'd like to say to two people in particular.

Due to shifting in work schedules I have been working with 2 people more than I usually would. The first is a Filipino woman named Darla, the other is an East Indian woman named Karob. And they're both slowly driving me insane.

Darla wasn't so bad. She's always had a lot of energy, kind of loud, bordering obnoxious really but I kind of ignored it because she did her job and all the customers liked her. And honestly, what could I really say to her? Her English isn't that great and it be weird scolding a middle-aged woman.

But these last couple of months it's almost like she's losing her mind. It's like she losing her grip on reality. I'm not sure whether she doesn't understand or she can't understand. The clearest example I can give is "Darla! Don't do X. Ok? Don't do X. The customer doesn't want X on their sandwich". And she'll go "Ok! Ok!" and proceed to do X in front of you. 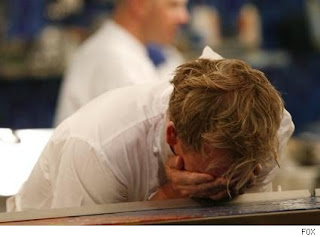 The rumor is that she's having family troubles back at home or that she's worried about health issues. I personally think she's always been this crazy but I didn't work around her enough to really notice them. Also, she keeps slapping my butt. I may be single now but I'm not into women who are probably double my age.

But Darla is nothing, nothing compared to how bad of a coworker Karob is. After just one week of working with her I started to dread my shifts.

First, Karob is the only person in the restaurant who cannot work as a cashier AND a sandwich artist. For whatever reason she refuses to learn how to work the till. This presents multiple problems. For example, say it's just her and I working and I need to go throw out garbage or grab something in the stockroom.

NOPE. If we get a customer she comes running to the back to get me so I can take the order. I literally cannot leave her alone for a minute. Anyone else could take the order and then complete it. Meanwhile, she'll randomly ditch me to go on 15 minute bathroom breaks whenever she feels like it. 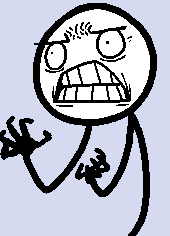 Which results in me making this face.

Fine no problem, IF she did a good job making sandwiches. Except that it takes her forever. I could take orders, and then run to the back to make sandwiches faster than this woman. And you know what? I have. So nice of her to ditch me in the middle of a dinner rush.

On second thought, I don't really want to know.

My dad recently took my resume and said he'd see if there were any jobs available in the company that works in. I'd happily take it especially if the entry-level pay is as good as my dad said it was.

Plus, it be nice to not come home smelling like fryer oil for once.
Posted by DWei at 23:29